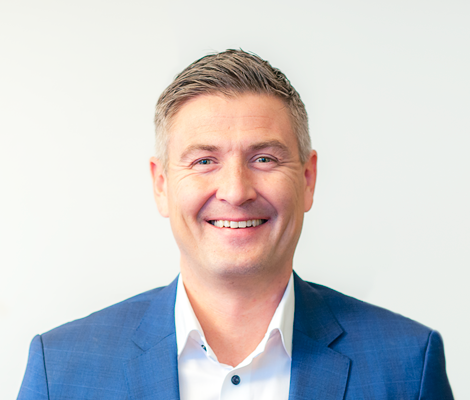 In August, Elisabeth Wikman announced her retirement. In connection with that Stefan Westberg was recruited as new CFO in Inisson AB. Stefan is originally from Kil, 20 km north of Karlstad, but now lives on Hammarö with his wife and two children.

When did you discover interest in finance?
-It was during high school as I realized I had a thing for accounting and it later motivated studies at Karlstad University. After graduate degree, with a focus on accounting, I was recruited by PwC where I eventually became an authorized accountant.

Stefan worked for PwC for eleven years until he was employed as CFO / Head of HR by RZ ZamPart AB, which is part of the RZ Group. The time at RZ ZamPart lasted six years after which he joined Inission.

What are your first impressions after about four weeks at Inission?
– I feel that there is a positive drive and a strong team feeling. In the past I played both soccer and hockey and it’s hard to beat the feeling of getting something big accomplished with others. It is also hard to avoid how well organized the company is. There are smart standardized solutions both in production and in the operation of the company.

How did Inission attract you?
– On a number of occasions I have encountered Fredrik Berghel (Inission’s Chairman of the Board) over the years. I have then come to the conclusion that Inission is a well-organized and well-structured company. What made me really interested was the company’s expansion possibilities and drive to develop in combination with its publicity. It will be a fun and exciting challenge.

What are your best qualities you bring to work?
– I have broad knowledge in economics and are therefore well-versed in accounting, calculation, budgeting, finance and HR, management and ownership issues. As a person, I am vigilant, ambitious and patient.

What are your interests outside the job?
– Family and sport in general. I have a riding-loving 7-year-old and a hockey  crazy 12-year-old whose team I am one of the leaders. So during the weekends, chances are you’ll meet me in an ice hockey arena somewhere in Värmland. Thanks Stefan and good luck!