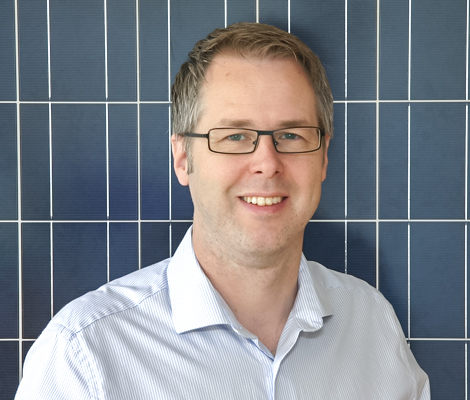 Björn Jernström, CEO of Ferroamp and winner of the Innovation Competition 2012.

At the end of last year a winner was decided in Inissions innovation contest. The winner received services worth up to 1million crowns. Three contributions qualified for the final and the eventual winner was Björn Jernström with his Smart Energy Hub. Now we wonder what has happened since then?

To start of with Björn, what is Smart Energy Hub?
– It is a product that is suitable for anyone with solar cells, for example homeowners, farmers and small industries up to about 15 kW. It is a combination of solar panels and local energy storage. The aim is to be able to control the energy flows in an optimal way and thereby reduce costs. Since you can store energy, electricity can be purchased at its cheapest, for example at night, and then used during the day. Having a stock of energy also means that power outages can be a minor problem.

How did you come up with the idea?
-Before Smart Energy Hub, I worked at a company that built a pilot plant for thin-film solar cells. During that time, I had an idea that I later also got a patent. My thoughts around the idea grew and eventually I had to see if I could make something of it. I started up Ferroamp Electronics AB and began developing Smart Energy Hub.

And at what stage are you in now?
We are currently evaluating the first sharp prototype test performed on Glava Energy Center where we combine solar cells with energy storage to smooth the output from the solar cells during the day. It is thought that we will do two prototype test and then, in about a year, starting to produce. Our goal is to correct all the flaws, get it cost-effective and then be able to offer customers a reliable product of the highest quality. In addition to the tests we have certain certifications and requirements left to be fulfilled.

Which parts of the Smart Energy Hub are Inission involved with?
-Inission has manufactured circuit boards and I have just booked appointment with Niklas (site manager at Inission Triab eds. Note.) on a new prototype series.

Where would you be today if you haven´t won the innovation competition?
We had been forced to solder and assemble ourselves and that would have really complicated the prototype development. We had also been less known because the win meant significant publicity. Yes, it means a lot that we won.

What market will you be focusing on?
-Sweden to begin with, then Spain and Germany. Currently there are not many competitors on the market but there are a few that are similar to us. What separates us from them is the packaging; we integrate several functions in one product.

One last question, where does Ferroamp come from?
My surname is Jernström (Jern, almost like iron in Swedish). Ferrum means iron in Latin. Amp comes from ampere, the unit of power. Ferroamp.

Thank you Björn and good luck!